Call for Action to Challenge Fuel Poverty Across Scotland 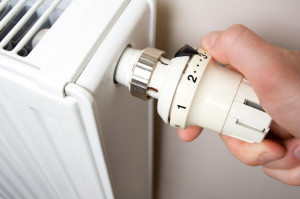 Residents of the Northern and Western Isles are suffering some of the highest levels of fuel poverty in the UK, according to recent statistics.

Some of the worst affected areas included the Orkney Islands with 63% of all households qualifying, followed by Eilean Siar (Western Isles) with 62% and the Shetland Islands with 53%. The harsh conditions faced by these remote islands, known for their sub-zero temperatures between October and March, puts the lives of almost 20% of residents at risk for lack of affordable fuel.

Following several years of little to no action, the UK and Scottish governments are finally taking action to address the situation. The Fuel Poverty (Target, Definition and Strategy) (Scotland) Act 2019 was passed in order to bring down the number of households across the islands affected by “the blight of fuel poverty” to 15% by 2030. By 2040 fuel poverty should be reduced to below 5%. This is commonly known as the “2040 target”.

What is fuel poverty?

Fuel poverty is defined by the UK government as having “above-average fuel costs and any disposable income (after housing and fuel costs) being below the poverty line”. The Scottish Government (Fuel Poverty (Targets, Definition and Strategy) (Scotland) Act 2019) has a more detailed definition.

A household is considered to be affected by fuel poverty if the fuel costs necessary for the home in which members of the household live to meet the conditions set out in subsection (2) are more than 10% of the household’s adjusted net income.

In practice, this means that a household must be able to heat every room to prescribed temperatures (21oC for the living room and 18oC for any other room) for the prescribed number of hours (9 hours per weekday and 16 hours per day at the weekend). Once the fuel costs for the heating have been calculated, the household’s remaining adjusted net income must be sufficient to maintain an acceptable standard of living for members of the household. (Taking into account any benefits received for a care need or disability and the household’s childcare costs, if any).

How many households does fuel poverty affect?

This average increases across non-mainland Scottish communities, such as across the Northern and Western Isles.

How will the 2040 target help to reduce the levels of fuel poverty?

The legislation has been designed to enshrine a figure in legislation – giving the current and successive Scottish governments a clear and defined target. In addition, the interim targets of reducing fuel poverty levels to 15% by 2030 provides another metric to gauge the legislation’s success.

In real terms, the residents on the Northern and Western Isles and those in the Highlands will be hoping to bring their communities more in line with those throughout the rest of the UK.

However, this isn’t the first time that the Scottish government has legislated in an attempt to reduce fuel poverty.

The Housing (Scotland) Act 2001 set a statutory duty on the Scottish Government to eradicate fuel poverty across Scotland, as far as would have been reasonably practical by November 2016. Unfortunately, the target was missed and the statutory duty expired, which of course lead to calls for more to be done to ensure measures are put in place to achieve their targets.

But there is another driver behind the renewed legislative promises set out by the Scottish government; the UK’s acceptance that more needs to be done to prevent climate change.

The race to net-zero carbon emissions in 2050

So whilst both governments work to minimise the effects of climate change, the Scottish government has the additional consideration that those affected by fuel poverty aren’t simply moved onto cheaper fuels: they need to be provided with clean, affordable energy. Proper investment is needed to help these communities to become self-sufficient, greener and more economical to ensure their long-term viability.

Our own commitment to the environment by providing greener fuels

There is much that needs to be done over the coming years if the Government is to meet its 2050 target. Whilst the motor industry’s focus appears to be on switching to electric vehicles, the technology is still in its infancy and the availability of charging points is still holding many drivers back from making the switch.

In the short term, green alternatives to standard diesel and carbon-heavy fuels are already available. With support from the UK and Scottish governments – similar to the support shown by governments in Scandinavia – fuels such as HVO could provide the interim solution whilst the UK’s e-vehicle infrastructure is prepared.

It’s clear to everybody that change is needed, but it’s often not simply a case of getting people, businesses and the press onboard to demand changes are made. We need politicians to be willing to work with businesses with the ability to help everybody achieve what we all want – an end to fuel poverty and cleaner, greener environment for everybody living in the UK and around the world.