What Impact is Brexit Likely to Have on the UK Oil & Gas Industry?

With less than six months until Brexit takes place, it’s becoming a reality rather than a distant notion. So it seems worrying that the discussion around the topic still has us in a bewildering state of uncertainty. Nobody is quite sure, but the government is in constant negotiations, with the definitive goal to be prepared from day one when March 2019 arrives.

The Governor of the Bank of England, Mark Carney, is feeling the same, and made the strong remark that “the possibility of a no-deal Brexit is uncomfortably high and highly undesirable.” He further warned of huge disruptions to trade.

We are all somewhat challenged to foresee clarity around what the possible Brexit implications will be for the offshore oil and gas sector in the UK. Whatever the outcome, this will eventually shape Britain’s position outside of the EU – and with no country ever having existed before, the road is still far from clear.

The Department for Exiting the European Union has produced an extensive framing notice which offers advice for businesses to help them achieve a smooth transition irrespective of the outcome. What’s more, the government has produced notice titles Running an oil or gas business if there’s no Brexit deal, which encompasses issues of oil and gas licensing, environmental protection and oil stocking.

For a seamless Brexit process, there are three distinct but more notably, interlinked areas that must be addressed in advance of 29 March 2019:

The first two need to be addressed during the withdrawal period, but no.3 is far from a straightforward process and it will without a doubt, take time.

If the EU is not able to agree on a divorce settlement with the UK before March 2019, this could send us in the direction of a no-deal Brexit, which will have a significant negative impact on our economy.

So where does this leave the oil and gas industry?

Production from the basin has seen an increase of more than 16% and it’s anticipated that this will endure for the remainder of this decade. But the director of the Oil and Gas Institute at Aberdeen’s Robert Gordon University has warned that without new major investment, production is likely to reduce. This highlights the importance of maintaining ongoing investment during the transition window to guarantee production and jobs for the future.

Paul de Leeuw, Director of Robert Gordon University’s (RGU) Oil and Gas Institute further explained: “By moving from the current trade arrangements to the WTO’s framework in the no-deal Brexit situation, the supply chain could be exposed to delays in moving critical goods and services – and potentially to additional tariffs – thereby increasing the industry’s cost base and risk profile.”

Last year, the trade body for the industry, Oil and Gas UK, commissioned a special report for Theresa May, to delve into the likely economic impact and what opportunities may arise.

At present, the UK trades around £73 billion oil and gas related areas worldwide, with £63 billion relating to traded goods which may be subject to tariffs. Under the EU membership, tariff costs are approximately £600 million.

If a ‘Hard Brexit’ was to occur, this would, in theory, be a straight ‘cut of the cord’ which would result in the UK having to revert to World Trade Organisation rules to import or export, with the cost of trade doubling the present tariff costs.

A more reasonable Brexit agreement would enable the UK to still benefit from some of the European ties whilst freeing it to global independent negotiation. This, in turn, could result in a positive, though modest, decrease in tariffs.

Despite the cost of oil decreasing since June from $80 to $70 a barrel, millions of drivers will be slammed by petrol prices says the AA, with the average cost to fill up a car nearly £71.50. AA fuel price spokesman claims the rise is from “pumped up commodity prices and Brexit scares spooking the value of the pound.” Moreover, because oil prices are denominated in US dollars and the value of the pound has decreased, this has also resulted in fuel being more expensive.

This is MONEY claims that oil companies have been charging more to make a larger profit because of high demand. However, at Crown Oil, we make it our mission to give our customers reasonable prices, the most competitive on the market. We source directly from the oil depots and always pass on the savings we make by buying in bulk to our customers.

For many consumers, the rise in fuel price requires drivers to spend more to fill their cars at fuel pumps. But for others, like the 1.5 million homes heated by heating oils rather than mains gas, there is an added expense and concern if we have another cold winter.

Many people can choose to limit the number of car journeys they make, but you cannot opt out of heating your home or even limit how much time you spend heating it. We’re doing all we can to ensure our customers can buy and access some of the cheapest heating oil in the UK.

Prime Minister Theresa May has made it clear that the UK will withdraw from both the Single Market and the Customs Union, gaining total control over the UK borders and immigration.

Therefore, an end to freedom movement could be another obstacle, with an estimated 10% of the 17,000 people employed in the sector being outside of the UK citizens.

It’s also projected that around 5% of total oil and gas supply chain workers are from EU countries in the UK sector – and a large portion of those are highly skilled or in top positions. If immigration rules are tightened, it’s possible that this could hinder the capability of the workforce of the service sector. This is most definitely one of the more challenging areas that must be addressed.

Urgent clarification around the ‘rules’ and possible transition agreements will need to be put in place for investors to be assured on the continued investment in the UK oil and gas industry.

The UK is a leading oil and gas producer in the UK and has been a leading voice in the EU for the last 30 years. In fact, a large amount of EU legislation and good practices have derived from or in close relation to the UK. With important areas such as licensing and taxation having always been predominantly dealt with by the UK government, this will not change.

What’s more, the Department for Business, Energy & Industrial Strategy (BEIS) estimates that around 60% of oil production and over 30% gas production is represented by the UK in the EU. Areas such as Health and Safety are unlikely to be hugely impacted.

This is good news for the UK. Although it will take some time to untangle the red tape and complexity of policy frameworks, the impact for the industry is hopeful. And in terms of the UK oil and gas tax system, minimal change is expected because the EU has no concern over the UK’s economic regime for the industry.

Although there is still significant uncertainty on where the oil and gas sector will be after March 2019, the vision of a lower exchange against other major currencies reveals an opportunity to encourage export. This means the UK will be more attractive for foreign investment.

Time will reveal the pros and cons but with an industry competing for capital over the next few years, it is crucial that a clearer picture is painted around the ‘rules of the game’ sooner rather than later. 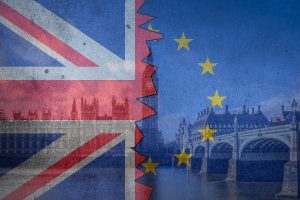